Building Trust When You Work on the Dark Side 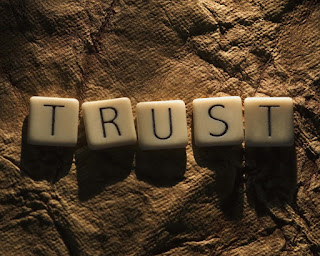 1.    Listen and learn from them about the challenges they are addressing and where your organization can and cannot help.
2.    Be humble; they are most likely smarter than you are on this topic.
3.    Articulate your objective and how your organization will measure the success of the partnership. Ideally, your objective will be the same as those in the room or at least will be aligned.
4.    Understand what unique value-add you and your organization can bring to the table – this should be more than just financial support. Recruit people internally with the right skills to help when needed.
5.    Be upfront when you face challenges that could impact the success of the partnership. Don’t try to hide them in the hope they will go away.
6.    Be authentic. Don’t try to be what you are not.
7.    Peel back the onion. When your organization can’t do something that the partners are requesting, help them understand why by sharing the internal reasons and inner workings as much as possible. They may not like it but will better appreciate the decision when they are given an inside view.
8.    Put yourself in their shoes and understand why they do what they do. Take them up on their offer to visit their projects or sites in-country. Better yet, convince your management to come with you.
9.    Take their voice back into your company and share it with your leadership.
10. Be prepared. Study the issue. You won’t be able to equal their expertise, but you should know the terms, the issues, and the data.
11. Get to know them as people and understand their unique journey that brought them to where they are today. This doesn’t only help break down barriers, it creates friendships and makes your time together more fun.
12. Give them their space when needed. Understand the challenge it may pose to them to be too close to a multinational. This isn’t easy but sometimes necessary.