This is a follow-up to last week’s blog that examined the 4th Roundtable on Corporate Political Accountability. 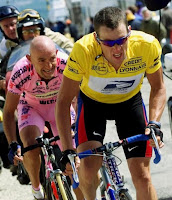 The year is 2003. Lance Armstrong has just won his 5th Tour de France while the rest of us are snatching up the newest in the Harry Potter series Harry Potter and the Order of the Phoenix, singing along to Beyoncé’s Crazy in Love, and watching the capture of Saddam Hussein in Iraq on cable news. In Washington, DC, Bruce Freed is starting the latest chapter in his career with the creation of the Center for Political Accountability (CPA).

His goal, along with co-founder Karl Sandstrom, was to bring transparency and accountability to corporate political spending. Today, CPA remains the only group to directly engage companies to improve disclosure and oversight of their election-related spending. In addition to direct contributions to candidates, this includes soft money contributions and payments to trade associations and other tax-exempt organizations that are used for political purposes.
In the 16 years and three Presidential administrations since its founding, the CPA has made disclosure and accountability the norm. It publishes the annual CPA-Zicklin Index, which benchmarks S&P 500 companies on their disclosure and accountability practices, and created and maintains the TrackYourCompany.org database, which covers the full range of company political spending. This includes “dark money” -- company payments to trade associations used for election-related purposes and contributions to “social welfare” organizations, also known as 501(c)(4) organizations. Today, nearly 300 companies in the S&P 500 disclose some or all their election spending.
Bruce took a break from his work educating companies on how voluntary disclosure and spending oversight can help them manage risk to talk with me about where CPA has been and where it is going.

MK: Back in 2003, could you have imagined that the Center would have made as much progress as it has?

To learn more about Bruce and the Center for Political Accountability, go to https://politicalaccountability.net/ or follow them on FaceBook.