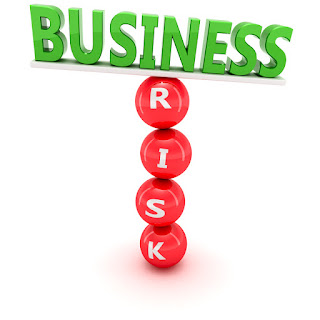 Earlier this month, I was invited to the 4th Roundtable on Corporate Political Accountability at NYU’s Stern School of Business by Bruce Freed, President of the Center for Political Accountability (CPA). Bruce is a wonderful guy who I met about 10 years ago when I was responsible for ESG disclosure at Merck.
After engaging with Bruce, I worked with Merck’s Government Affairs team to develop a set of Principles Governing Corporate and Political Action Committee Spending modeled on provisions in the Model Code for Spending, established by CPA.  It was early days for political spending disclosure and the company and its Board learned a lot from Bruce. I am proud to say Merck was named a leader (and still is) by the CPA-Zicklin Index of Corporate Political Disclosure and Accountability.
It had been several years since I’d seen Bruce, so it was great to find he was still going strong on the
issue and garnering many fellow advocates of political disclosure and accountability. In fact, speakers at this year’s roundtable argued that stakes have never been greater: “There is a heightened level of risk that political spending poses to companies in today’s hyperpolarized political and social media-driven environment,” Bruce quipped in his opening remarks. “The ramping up of the 2020 campaign further exacerbates this risk.”
A new report by the Center, “Collision Course: The Risks Companies Face When Their Spending and Core Values Conflict and How to Address Them,” explains that corporations are vulnerable to serious risk if political contributions or their outcomes, or both, are perceived to be at odds with their core values. This can affect a company’s relationship with customers, employees and communities in which it is located.”
Take, for example, when amid the fallout from the Parkland school massacre, Publix Super Market faced sharp criticism last year over its contribution to a Florida gubernatorial candidate who called himself “an NRA sellout.”  There is also the case of 27 leading companies that re-affirmed their support for the Paris Climate Accord following the U.S. withdrawal and that also contributed more than $3 million to political committees involved in attorneys’ general races. The Center for Public Integrity disclosed that their contributions helped elect attorneys’ general candidates who filed suit against the Environmental Protection Agency’s Clean Power Plan, leading to massive public backlash in social media and risking reputational damage to the companies whose actions seemed to be at odds with their public values.
“When a company’s political spending undermines their core values and messages around diversity and climate change, for example, we see it as a risk,” said Chris Miller, Associate Vice President at Institutional Shareholder Services. This is especially true when reputational risk can translate into financial risk.
Speakers, including Constance Bagley from the Yale School of Management, argued that companies can protect their reputations by enacting corporate governance safeguards to align their political activities with their brands, core values and positions. Constance pointed to a guide she co-authored with the Center, “A Board Member’s Guide to Corporate Political Spending,” published by Harvard Business Review. She also hopes investors will continue to push Boards to disclose political spending – something that they successfully did recently with Verizon, General Electric and Hilton, all of which have agreed to strengthen political disclosure and accountability practices.
One company at the conference named a “Trendsetter” by the CPA-Zicklin Index was Prudential Financial. Theresa Molloy, Vice President of Governance and Shareholder Services at Prudential, explained that the company views political contribution disclosure and accountability as part of its risk management and corporate governance process. Prudential’s Corporate Governance & Business Ethics Board Committee has oversight of all political contributions and lobbying efforts. The company discloses contributions in a twice-yearly report (most companies, if they disclose, disclose only annually), and, based on discussions with the Center, decided recently to disclose all contributions to trade associations $10,000 and above. The threshold had previously been $25,000. Theresa also noted that Prudential does not contribute to Super PACS, which can raise unlimited sums of money from corporations, or to state or local ballet initiatives.
You can learn more about how to become a trendsetter like Prudential and Merck at the Center’s website, and also find where your company ranks in the Index.
The next step for the Center and its advocates could be pushing for mandatory disclosure. Several panelists pointed out that voluntary disclosure has laid a solid foundation for a mandatory rule, which is critical for making disclosure uniform and universal. Such a rule has been proposed to the U.S. Securities and Exchange Commission.
Stay tuned for an interview with Bruce Freed later this month on what the future holds and his reflections on 15 years of activism.