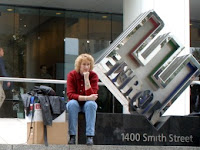 Unfortunately, it’s difficult to get through a news cycle without hearing about a corporate scandal or misdeed somewhere in the world.
Whenever the latest one hits, I wonder how, in a well-established organization of thousands of people, could such flagrantly unethical behavior have gone on for so long? Why wasn’t someone brave enough to question the dubious activities? And what led the perpetrators to make the decisions or take the actions in the first place that would go on to hurt so many?
The answer, according to recent academic research, is that they were working in organizations with very weak or non-existent ethical cultures. Organizations where it was routine for employees to ignore what was right, to achieve what was most beneficial to them. Where people were afraid to speak up, or felt that it would be futile, when they saw unethical behavior. Or when they did, were simply ignored.
In many companies, the risk of misdeeds is on a far lesser scale than the Enron debacle; it could be individual cases of concealing wrongdoing, lying to a supervisor, stealing from the company, or falsifying reports. Nevertheless, they can, and do, cost companies millions in government fines and lost customers, investment and reputations.
What if there was a way for senior leaders to identify the telltale signs of a weak ethical culture, allowing them to step in and address them before it was too late?
Now there is thanks to a group of academic social scientists who have come together to form a kind of think tank called Ethical Systems. They believe that traditional corporate approaches to ethics are outdated and there is a need for a smarter, deeper and more holistic approach that addresses the larger challenge of organizational culture.
“When Ethical Systems formed in 2014 after the financial and banking crises, there were questions on the role of culture in encouraging better behavior in the corporate  world,” said Azish Filabi, Executive Director of Ethical Systems and former Ethics Officer at the Federal Reserve Bank of New York. “An organization could have a great compliance program but if it isn’t affecting the underlying culture, nothing will change.
“No one thought you could actually measure culture, it was too nebulous. But academia has done this for years.”
Housed at New York University’s Stern School of Business, ​Ethical Systems has drawn on academic research to create a model for executives and managers to understand their unique organizational context so they can better shape ethical behavior. They use a variety of tools including an employee survey-based cultural assessment, focus groups and 1:1 discussions with senior leaders. They also integrate into their assessment existing non-survey based company data, such as data on employee retention.  From there, they pinpoint the most relevant areas of concern. This may be across the organization or may surface only in certain groups or departments. They then provide guidance to the organization to course correct.
While some consulting firms also offer surveys that attempt to address ethics risk, Ethical Systems believes its academic-based approach is different, starting with peer-reviewed research for survey items and social science findings on why people are likely to misbehave. Underpinning the model are10 areas, which, based on data collected from pilot culture assessments, have been shown to be highly predictive of unethical behavior.

Ethical System’s Two Factor Model of Ethical Culture, drafted by Caterina Bulgarella, PhD, Ethics Expert, Culture Architect, and a member of the organization’s research team, divides the 10 areas into two camps:
An example of a red flag is inconsistency between how senior leaders and employees perceive the ethical culture of their organization.
“If senior leaders think very highly on many attributes, but the rest of the population has a much less rosy perception, that may mean that the leaders are out of touch or that bad news is traveling up slowly because people are afraid to deliver the truth.”
Another warning sign? If no one is using the internal channels to report ethical violations. “What is it about your internal culture that is preventing this” asks Azish. “That is what the assessment can help pinpoint.”
To date, the model has been piloted at two U.S. companies (findings are on the Ethical Systems website), and more are in the works for 2019. In addition to the statistical validation process, Azish says they are now looking for more companies with which to work to expand the model, by integrating objective (non-survey) data to strengthen its effectiveness.
“The more data we have, the stronger the assessment will be. Ultimately, we’d like to shorten the survey so we can recommend a handful of the best questions that target what’s most important for an organization’s culture. Today, I can’t say what those items are until I have more data.”
While Ethical Systems has created a free resource portal that summarizes the academic research on ethical cultures, there is a fee for conducting the assessment and analyzing the results.
“Though ethical cultures are not built overnight, the systematic and methodical application of the guidance and insights the model provides can advance corporate practices in meaningful and remarkable ways,” writes Bulgarella, in a recent whitepaper on the model. “Not only will organizations that heed the advice offered by the model be more likely to build strong ethical assets, but they will be better positioned to achieve sustainable long-term growth.”
To read more, including the white paper describing the assessment approach, visit Ethical Systems. To find out how your organization can participate in a future assessment, contact Azish at afilabi@ethicalsystems.org or Noel Boyland, Corporate Engagement Director, at noel@ethicalsystems.org.