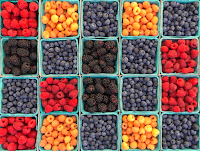 With many grocery stores already leveraging the “low hanging fruit” by eliminating single-use plastic grocery bags, some are now moving further up the fruit (and vegetable) “tree” in their plastic reduction efforts.


This month, Aldi U.K. became the latest supermarket chain to announce that it will remove plastic packaging from its fresh vegetable lines in 230 stores in the North East and South East of England. This follows the success of a six-week trial in Scotland. If the expanded pilot proves successful, Aldi says it will roll out the plastic-free produce lines to all stores before the end of the year, which it predicts will avoid the use of more than 100 tons of plastic annually.

Other European retailers get on board

A study by Coleman Parkes Research of 7,000 shoppers across Europe found that that 92 percent would prefer to buy a plastic-free unit of their favorite product than one in plastic, with more than one-third having already begun boycotting certain brands over packaging sustainability concerns. This rises to more than one-half (56 percent) among millennials.


A similar survey of 5,000 consumers found that 80 percent of them would endorse a supermarket’s move to go plastic-free, while 91 percent would be more likely to encourage friends and family to shop there.


Retailers are taking note. The Dutch grocery chain Ahold Delhaize is piloting an initiative in Belgium to reduce “unnecessary” packaging on organic fruits and vegetables using a new process called "natural branding" that applies a label directly to the peel of fruits and vegetables using a laser.  The company says the process won’t affect the taste, smell or shelf life of the produce and will reduce waste by 13 tons per year.


Sainsbury’s -- the third largest chain of supermarkets in the United Kingdom – has committed to eliminate “problematic or unnecessary” single-use plastic packaging through redesign, innovation or alternative (re-use) delivery models by 2025. It recently eliminated plastic bags holding cauliflowers, tomatoes and avocados, and has pledged to eliminate plastic bags from organic bananas and cabbage by the end of the year. Together, the store says, this will eliminate 181 tons of plastic waste.


The Welsh supermarket chain Iceland piloted a similar effort earlier this year in Liverpool where it gauged customer acceptance to purchase loose produce or produce in  plastic-free packaging alternatives, such as recyclable paper pulp boxes (or “punnets,” as they are known by U.K. shoppers) for soft fruits and cotton nets for onions.


To encourage shoppers to opt for loose produce, Iceland reduced the prices of all loose product lines verses their pre-packaged equivalents. If the pilot is successful, the company plans to roll out the program nationwide. No word yet on the results, but Iceland’s leadership is encouraging.


“The retail industry can no longer ignore the plastics tidal wave which is coming our way," Iceland’s managing director Richard Walker said in an interview with the U.K. sustainability news site Edie. “The onus is on retailers, as leading contributors to plastic packaging pollution and waste, to take a stand and deliver meaningful change.”


Marks & Spencer (M&S) is also experimenting with loose fruit and vegetables completely free of plastic packaging and has removed “best before” date labels from fresh fruit and vegetables as part of the trial. M&S will track changes in the store’s plastic and food waste outputs and carry out consumer surveys to gauge public attitudes toward produce without plastic packaging or “best-before” dates. This data will help the company develop a new approach to waste, which, it says, will be implemented across its 1,000-plus stores. This, it says, could save 580 tons of plastic waste over two years.


“We know our customers want to play their part in cutting out plastic, while as a business our goal is to become zero-waste by 2025,” said Louise Nicholls, Head of Food Sustainability, for M&S.

It's bananas in South East Asia


“When I see vegetables wrapped in those beautiful banana leaves I’m willing to buy larger quantities,” said a Vietnamese customer named Hoa to the news site NextShark while shopping at Lotte Mart in Ho Chi Minh City. “I think this initiative will help locals be more aware of protecting the environment.”


It’s a smart move -- not only to respond to customer demand, but also because Thailand and Vietnam rank amongst the highest in the world for the amount of single-use plastic waste dumped into the ocean, according to Ocean Conservancy.

In the U.S., Trader Joe’s begins to step up

There are fewer examples of removing plastic packaging from the produce aisle in the United States, but hopefully this will change as more and more examples spring up across the globe.


One company that is taking positive steps is California-based Trader Joe’s. The company, which prides itself on its environmental sustainability in its 488 U.S. stores, says it has replaced plastic produce bags with biodegradable and compostable produce bags. And it has pledged to further reduce the number of items sold in plastic packages in its produce section, including apple, pear and potato bags.


One would expect (and hope) to see similar moves in other U.S. grocery chains, notably Whole Foods, Wegmans and Kroger, in the months ahead.
Image credit: William Felker/Unsplash