Girlboss, a Professional Network for a New Era of Women

A new social media site – as of press time named the Girlboss professional network -- is taking the LinkedIn networking concept and creating a space “where women support women” by asking, answering and finding advice as well as celebrating wins together. 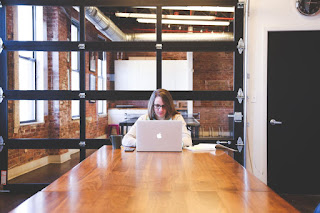 The site, created by Girlboss CEO and Nasty Gal founder Sophia Amoruso, recently launched in beta. Signing up is free and gives you access to a community of “strong, curious and ambitious women” redefining success on their own terms. With a more millennial design and tone than LinkedIn, the website pledges to “inform, entertain, and inspire,” and is “unapologetic” in its beliefs and values of supporting girls and women who are chasing dreams both big and small.


Amoruso told Business Insider that Girlboss is “a place for someone who does or doesn't have a traditional career, who may not have this C-level title but may be on her way up. There are very few places for her to go to represent her resume or life today."

No topic at Girlboss is off limits

Signing up for me was easy and only took a few minutes. Unlike LinkedIn where you are prompted to add your resume and life story, Girlboss asks you to fill in the blanks to three questions: "I'm good at ____," "I'd like to learn ___," and "I'd like to meet ___."


Once registered, you can join in the discussion. The site’s FAQs explain that no topic is off limits. “The Girlboss platform is a place where you can ask and answer questions about all things life, career, and money, and share your vulnerabilities in a safe environment.” The community is diverse, including posts from women (and a few men) of various ages, backgrounds and professions. Some are asking for networking advice, others are looking to market their services. As the site explains, Girlboss is “a place for entrepreneurs, career pros, side-hustlers, freelancers and gig-economy workers.”


There is also a “required reading” section that includes dozens of blogs such as “The Ultimate Reading List for Women in Media,” “How to Grow a Brand People Will Obsess Over,” and “Money Moves: A 12-Week Guide to Investing in Yourself.”


While sign-up to the platform is currently free, buried within the FAQ section the site mentions a subscription plan and payment option. It explains that “If you choose to continue your membership after your trial ends, you’ll be automatically charged one low annual fee for your all-access membership.” While the site says that “The length of your free trial period, if any, will be disclosed clearly on the enrollment page,” this did not happen when I joined, nor was I asked for a credit card or other payment options. Perhaps this will change when the platform emerges from the beta phase.

Phoenix rising from the ashes

The new site is the latest offering from 35-year-old Amoruso, who first became known in 2006 when she launched Nasty Gal, a popular women's online clothing store. According to the Los Angeles Times, Nasty Gal went from an eBay store to a thriving 200-employee company with stores in Los Angeles and Santa Monica that currently pull in in $100 million in revenue.


Nasty Gal’s success didn’t last forever, however, and in 2016 filed for bankruptcy amid turmoil. According to the LA Times, there were several rounds of layoffs and allegations by employees of discrimination and by designers claiming copyright infringement.


Despite the downfall of her inaugural start-up, Amoruso picked herself up, continuing the Girlboss brand with a podcast, website and an annual two-day conference. Billed “part conference, part experiential inspiration wonderland,” the Girlboss Rally, as it is known, has drawn speakers such as Arianna Huffington, Cynthia Rowley, Gwyneth Paltrow, Ashley Graham and Emily Weiss.


This year’s event, which took place last month at UCLA, attracted 1,800 women from 28 countries. The conference includes workshops, a job fair and a “transparency wall,” where women are encouraged to anonymously share their salaries in hopes of helping other women better understand their own value. Attendees can pick workshops clustered around various tracks: Start-Up Studio, Hustle Hall, Leadership Hall, Confidence Club, and Branding Bootcamp. In between, there are musical performances and poetry readings.


The new Girlboss social platform seems to be a virtual extension of the Girlboss rallies, including more than 65 hours of videos from past conferences.

Building a unique community in her own style

Girlboss has received funding from some highly visible backers such as Alexis Ohanian, founder of Reddit and husband of Serena Williams, who invested $3.5 million according to media reports.


“Sophia has built a remarkable, global community of professional women both offline at the rally and online through all these other social media platforms,” Ohanian told the LA Times. “She knows exactly what her audience wants and has already done the hardest part — built a community.


“We see countless engineers who’ve built platforms and have never been able to figure out the community-building side of the equation. Her experience and emotional intelligence are an invaluable part of why this is so special.”


Girlboss isn’t the only social networking platform targeted to women – there is also Landit, Bumble Bizz, and Dreamers // Doers. But if the Girlboss platform is anything like Amorusa’s other ventures, it will blaze its own trail and create a unique sense of community.