Talking to a Legend on the Future of Purpose: Carol Cone 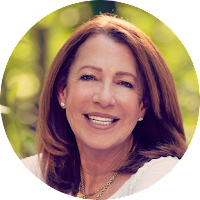 Earlier this month, I had the pleasure to speak with the one and only Carol Cone, who is internationally recognized for her work in purpose and Corporate Social Responsibility (CSR). For more than 25 years, she’s helped build lasting partnerships between companies, brands and social issues for deep business and societal impact.

From 1980 – 2010, Carol was the Founder, CEO and Chairman of Cone, Inc.,  recognized as the nation’s leading cause branding consultancy. She went on to  lead the Business + Social Purpose practice for Edelman for another five years. Her most recent venture is Carol Cone ON PURPOSE, a “next generation purpose consultancy that educates, inspires and accelerates purpose strategy, creative programming and comprehensive impacts for companies, brands, nonprofits and individuals around the globe.”


Want to learn more from Carol on purpose? Download Carol’s Purpose 360 podcast, described as a masterclass unlocking the potential of social purpose to ignite business and social impact. It’s really great and I highly recommend it. You can also sign up for her bi-weekly newsletter at Purposeful Connections.


When Carol began her work, companies and brands questioned “if” they should engage with social issues.  In today’s totally transparent, social world, it is now about “how” brands and companies express their values and character through authentic engagement with society, she says. We explore more in the Q&A below. Enjoy!